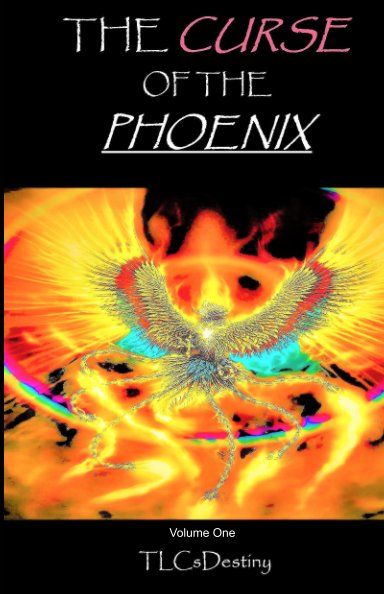 The Curse Of The Phoenix

The only curse that had worked upon the Phoenix, after many failed attempts, was that of the 'curse of enslavement'. In which case meant. That the Phoenix could be taken and have a master.
Due to the Phoenix being resistant of anything else, due to having Alpha like attributes, and this being a curse that would take years to recuperate from casting, it was one of last options that the golden winged serpent had left to do. And it had worked!
The Phoenix being enslaved was a way to stop the golden winged serpent's ‘man’, the Dragon and the most powerful King of King’s from finding his beloved, his cherished other half and soul mate. And, for sixty years, he was unable to find her.

I was indeed scattered, unable to have a normal life or that of an easy one.
For me to achieve what I’m am supposed to, as a Phoenix and as the Dragon's other half. Am I willing? It is a tough journey after all, one that can’t be accomplished in one life, not even two.
With no idea of why I had felt a strange bond and no idea of the strange feeling of being incomplete, my heart is very uneasy.
For sixty years, I had felt like my life hadn’t been mine in two ways. One because I had a master for most of that time or I was not of age, but the other reason was because there was something missing. Something that I had been unclear of.
But, even feeling as though I was not whole, I had been enslaved, abused, threatened, blackmailed, scarred and used. I was tormented, sacrificed, abandoned, kidnapped and it was only twice that I had been reborn. So, being treated as such, stops me from questioning my feelings.
But it is destined, apparently, and so my path must continue.
When I finally come to know what it is that I have been looking for and what I have to do, will I be able to finish what I have started? Will I survive these endless, heartbreaking trails and be able to accomplish more and go to where my heart is yearning to lead me?
Will I also accept my destiny!?

I'm very keen on something different...I also write books for people to enjoy them, so that's why I don't expect to sell my books, what I wanted is them to be known that I wrote them is all. I had left my books on wattpad.com but have come to realize that there are people trying to get money from using books from there, so I have taken them down thinking that it's completely rude! If translator's or others get money for my books, when I don't, I'm against it... Well, I'd like to get payment but hey, looks like my work is only good enough to be free at the moment. I'm trying to do better and think I have advanced, so hopefully soon my books will be worthwhile spending money on! Haha! Anyway, I put my books on scribblehub.com now, read em for free there! Have a nice day!