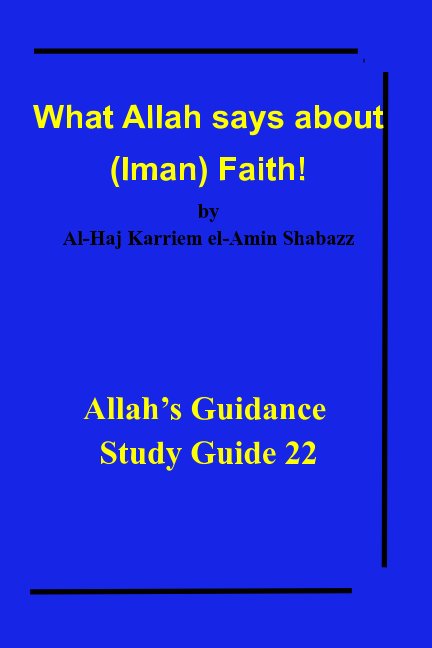 What Allah says about (Iman) Faith!

Faith, in Islam, is not a blind, personal savior type of faith, between an individual and Allah, without any rationale or reason. The root of the word ‘Iman’ is a-m-n which means, to be calm and quiet (in one’s heart). It also means, to be protected from fear. In addition, Iman means to accept truthfully; to be convinced; and to verify something; to rely upon or have confidence in something. Iman is usually translated in English as faith or belief, and faith in turn signifies acceptance without proof or argument, without reference to reason or thought, knowledge or insight.
According to the Qur’an, Iman is conviction, which is based upon reason and know-ledge. A conviction, that results from full mental acceptance and intellectual satisfaction. The kind of conviction that gives one a feeling of inner contentment and peace. Al-Mu’min (a Believer) is one who accepts truth in such a way, that it ensures his own peace, and helps him to safeguard the peace and security of the rest of humankind.

Finally, an important aspect which must be emphasized here is that no form of force, or coercion (direct or indirect, temporal or spiritual) can be used in connection with Iman. This is because, it contradicts the very definition of Iman. (As we have seen, Iman is derived from a-m-n which means peace in the heart.) So any forced conversion cannot be allowed in Islam. In fact, forced Iman is no Iman at all.

Still struggling after all these years.